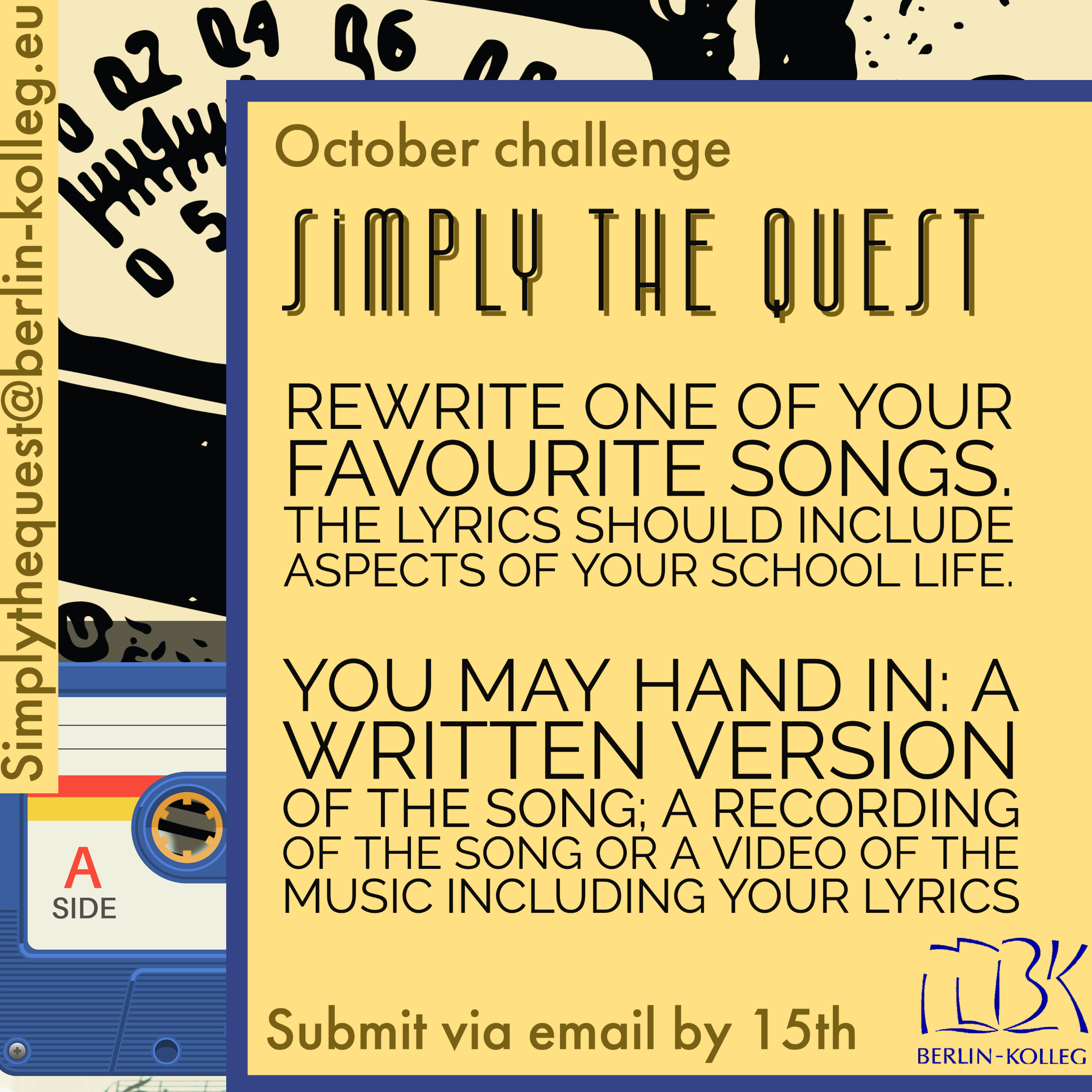 There I was. Sitting on my bed in my very own flat, with my acceptance letter in my hand. It was the fifty thousandth time I read it through.
“Dear Mr. Lockwood,
We have all the necessary documents from you.
We look forward to welcoming you on Monday 10th of August.”
Some more information and at the end… the signature of the headmaster. I still couldn’t believe it.
But that was the proof it’s real. And there was my name on it.
The letter lay next to me after I had lain down.
All of a sudden, the feeling of happiness was gone. Instead, I felt an inexplicable exhaustion wash over me as I stared at the ceiling.
Then it began. I didn’t feel like I could take any more steps. I felt lonely.
“What is wrong with you?”
“I don’t know. I should be happy, you know?”
“Why aren’t you happy then?”
“I just don’t think that I can go on like I did. Don’t get me wrong, I never thought this would be easy, I never dreamed too big. It’s just that I hoped, maybe somehow, I would be proud of coming this far.”
Silence.
“You shouldn’t bring yourself down like this…”
“Why not? I feel like it.”
“Cause this is your time. This is going to be your year!”
“But now I’m questioning… was it worth it? What lessons have I learned? That I can’t trust? That no one stays and is going to take care of you except of yourself? If yourself at least…”
“You’ve been waiting for this moment. Yeah, you’re gonna own it. I can watch you shine. This is gonna be your year!”
“You don’t get it! I’ve battled everyone but I don’t know where to turn now. I want to be more than I thought I could… I just want to feel like I’ve done some good.”
I sighed.
“I’ve beaten everyone but I feel like I lost who I was. I reached for the stars yet I feel like I’m falling down…”
“Now get up! Listen to me, this is gonna be your year!”
“My year? Are you sure?”
“It will be your year! Watch it come together and be the best one ever! Because this is your time!”
“It’s gonna be my year..?”
“You have been waiting for this moment.”
“I’m not gonna lose. I’m gonna own it!”
“That’s the spirit!”
“You can watch me shine, this is gonna be my year!”
“Your year”
“Yeah, and maybe somehow, I then can be proud, of coming this far.”
For a moment I looked around in the empty room. Then I took the letter and got up. Preparing my backpack for my first day of school, second trial.